Inspired by: How to Make Naturally Fermented Pickles.

End Result:  After two days I had to add a little more brine.  Mold was growing around the crock lid after five days.  At one week, I decided they were ready and wiped the mold off from around the lid.  They smelled and looked normal, but they are on the salty side.  I would use much less salt, if I made them again.

Dill and cucumbers in the bean crock 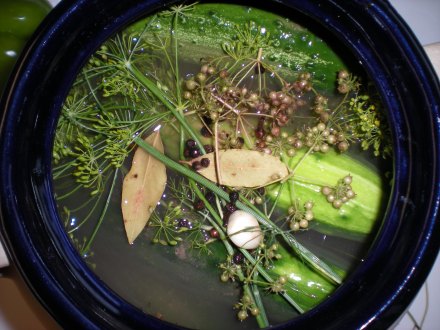 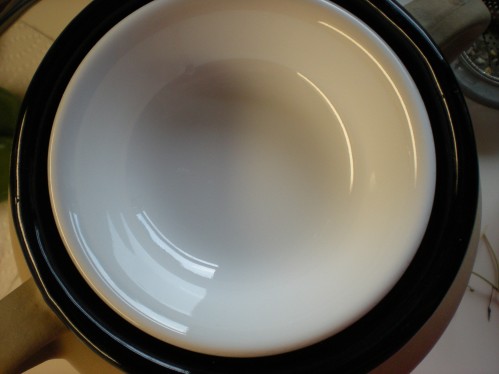 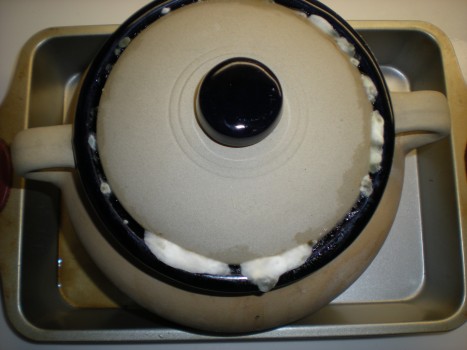 After one week fermenting 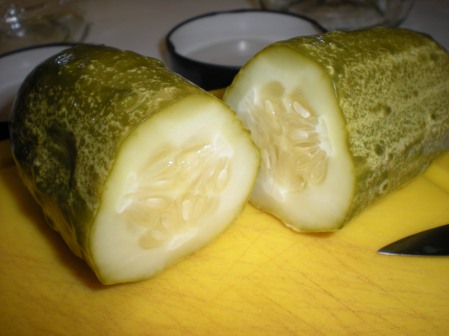 Transferred to jars to refrigerate